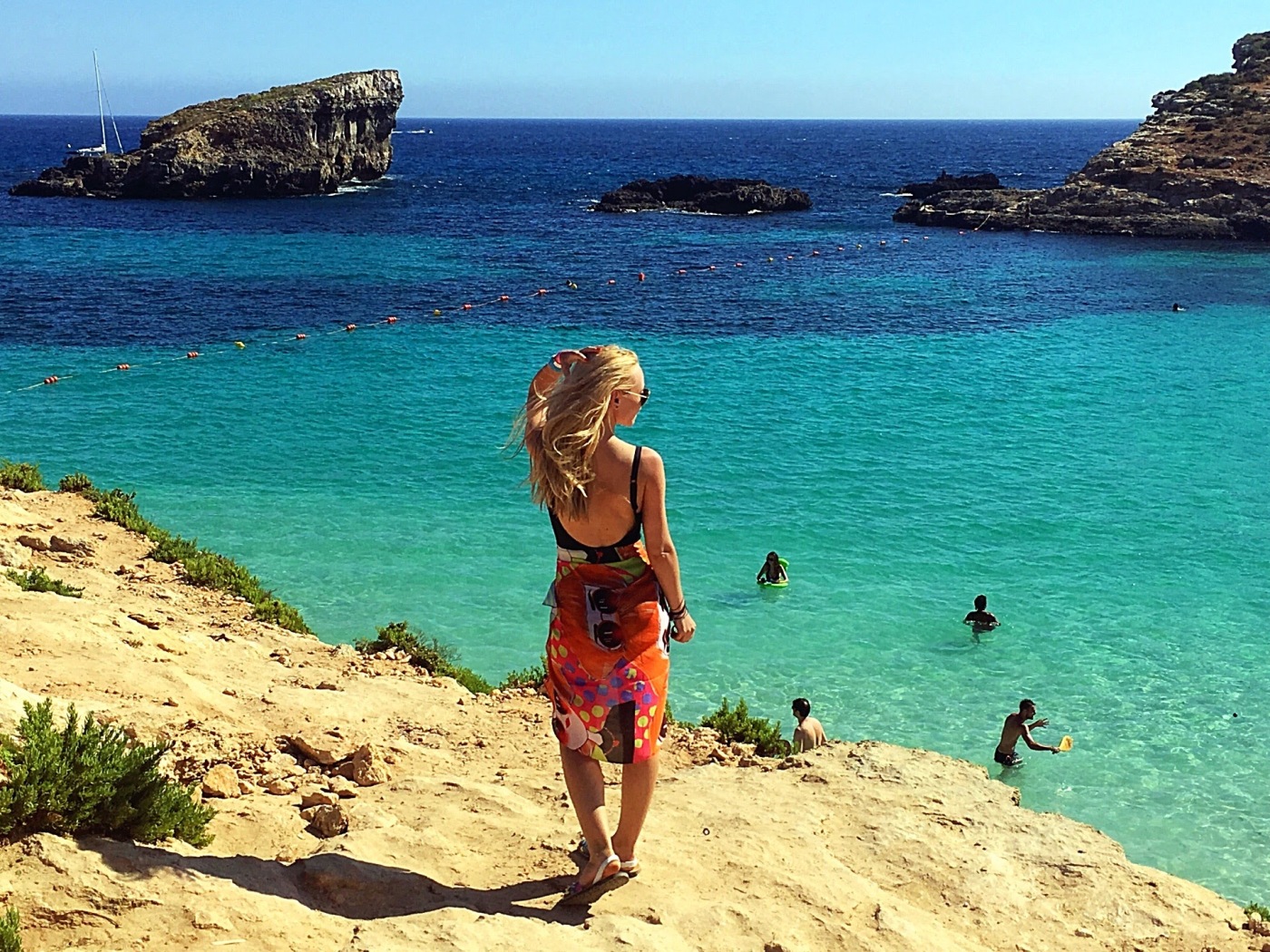 Certainly, when you say Malta, you think of the famous Knights Hospitaller, or the Order of St. John, due to their famous symbol, the Maltese Cross, which is a white cross in eight corners, worn on a black cloak.

This wonderful archipelago in the middle of the Mediterranean of 6 islands is full of history, traditions, and legends, such as that of Odysseus being held captive for seven years on the Maltese island of Gozo by Calypso.

Malta fascinated us with its natural beauty, with the incredible architecture of the buildings, but also with the crazy nightlife, the likes of which I have rarely seen. Malta proved to be a perfect choice for a week-long summer vacation, in which we combined: fun and dancing until the morning, sunbathing on the most beautiful beaches with turquoise waters, as well as visiting the medieval cities.

Malta, along with Gozo and Comino offers many accommodations, but to enjoy the most fun, we chose to stay in St. Julian’s, known for its bars and nightclubs from the Paceville area. It is the place where I encountered the most bachelor parties ever 😉

From St. Julian’s you can get everywhere relatively easily. I say relatively easy if you do not choose to travel by public transport, as, unfortunately, we did. Most of the time, the buses did not arrive on time, with delays of even more than 30 minutes, and when they did arrive, they either did not stop, because you did not signal them in time, or they were too full. This was the only inconvenience of our vacation, so I recommend you rent a car or, even better, a scooter to get through traffic quickly, as the distances are not very far.

Among the countless objectives that Malta offers, we could not miss:

The film set of the musical “Popeye” from the ’80s has now become a theme park, where you can meet the famous cartoon characters Popeye and Olive, and admire the beautifully colored wooden houses.

The park also offers a relaxation area on a private beach with a completely unique landscape: clear emerald-colored water surrounded, on one side, by rocks that form small natural pools, and, on the other, by houses from the cartoons. The perfect place for countless pictures! 😉

You can also take a short boat tour so you can easily spend an entire day in this place of whimsy, for which you need an entrance ticket. Find details here: https://popeyemalta.com/index.html

Sliema, which means “peace or comfort”, is one of the main resorts of Malta. It is known for its rocky and unique beaches, for the promenades on the enchanting seafront, for water sports, and luxury hotels. Once a quiet fishing village, Sliema is the ideal place for a spectacular view of the Maltese capital, Valletta.

The capital of Malta welcomed us with crowds of people on the streets of the city celebrating the election of the President. Therefore, we had a lot of action.

However, we still managed to capture the charm of this beautiful city, with its narrow and sloping streets, and the wonderful Barracca Gardens that offer you a perfect view of the port. The City Gate, the Auberge Castle, the St Elmo Fort, and the Cathedral are just some of the treasures of this city, which are best experienced on foot, to better enjoy every little corner.

Mdina, one of the most beautiful inhabited medieval fortresses in Europe, is the old capital of Malta. As you pass through the city gates you will be surprised by the labyrinth of streets and honey-colored buildings, built of a special type of limestone. The charm of this fortress is that it has kept its old atmosphere and you feel that time has stood still. Probably that’s why it’s also called the City of Silence. And, how could it be noisy if it only boasts fewer than 300 inhabitants!

We stopped at each street for pictures and admired the Vilhena and Falson palaces, as well as the Cathedral of Saints Peter and Paul built in the Baroque style on the site of the oldest church in Malta.

To get to these islands you have many travel options. If you don’t have too many days at your disposal, you can choose to visit in one day, both Gozo and Comino, but then everything is on the run and you don’t seem to have time to enjoy everything these wonderful places can offer you. To take full advantage of the approximately two-hour ferry ride, try to choose tickets with access on the upper deck.

The Blue Lagoon located on the island of Comino, has blue and turquoise water that you will never get tired of watching. The beach is mostly made up of rocks, but there is a small section of the beach where you can rent a sunbed on the sand. However, you will definitely not need it because the water is too beautiful and warm to be laying around.

We only left the Blue Lagoon to go to Gozo, where we had time to visit only the Citadella, the fortified fortress of Victoria, which dates from the Phoenician period. You will not regret spending more hours exploring the history of this place!

Malta boasts many beaches, so you will have lots of choices.

Golden Bay Beach is the first and most popular sandy beach in Malta along with Għajn Tuffieħa and Gnejna. The fine sand, the blue color of the sea, as well as the rocks that surround the bay, will ensure you an excellent day. And the spectacular sunset will successfully complete this picture.

Golden Bay Beach enjoys the status of a blue flag and is easily accessible, offering many facilities.

Għajn Tuffieħa, or Riviera Beach, located quite close to Golden bay will delight you with its natural beauty, even if it is a little small. The stairs to the beach (with their 100 steps) make it less accessible, but you will enjoy a beautiful panorama nonetheless.

Did you know that?

Situated on the right bank of the Douro River and a short distance from the Atlantic Ocean, Porto or Oporto, is famous mainly for its namesake wine produced in the region, but also for its historic center which has contributed to the city’s inclusion in the UNESCO World Heritage since 1996. With a tumultuous history… END_OF_DOCUMENT_TOKEN_TO_BE_REPLACED